Mental health is a force in everyone’s life that could always use a few more advocates talking about it. People who can speak on this subject have the chance to really touch anyone who needs guidance regarding mental health issues.

There are many mental health experts, including qualified professionals like counsellors, psychologists, or a psychotherapist Mississauga. In addition, there are individuals who are passionate about advocating for mental health. Celebrities in particular can reach many people due to their massive fan bases.

Are there many celebrity mental health advocates though? If there are, how do they approach the subject? Well, in the words below, you’ll find the answers to those questions.

Below are the seven celebrity mental health advocates:

Actor Chris Evans has been open about the fact that he suffers from unbearable anxiety. As you can imagine, someone in the spotlight as much as an actor is would face this challenge on a daily basis. As such, Evans has spoke often about the methods that he has tried.

While there are some times when these attempts fail to work as well as he’d hope, he still tries to cope. The actor also stresses the importance of seeking help for issues such as these to young fans. Coming from someone like the actor of an Avenger, you can assume that those words carry some weight to many people.

Another celebrity mental health advocate is Kristen Bell. She’s one of Hollywood’s leading comedic actresses, but in her private life is bit more serious. Kristen Bell has struggled with depression and anxiety for years, and she has no issues with being open about it. She wrote her own essay regarding her experiences with mental health disorders for Motto, which is a platform from the editors of Time magazine.

The words she wrote grabbed headlines around the world, helping to improve the stigma on mental health and showing how mental illness can take many forms.

In 2015, this award-winning artist revealed his struggles with depression and suicidal thoughts on his album “To Pimp a Butterfly.” For example, on the significantly heavy track, “u,” Kendrick raps about the survivor’s guilt for leaving his hometown of Compton, California. This is where many of his loved ones still reside in less than stellar situations.

“Three of my homeboys [one] summer was murdered,” Kendrick said during an interview regarding the album. The rapper went on to say, “You living this life, you know what I’m saying, but you still have to face realities of this … I gotta get back off that tour bus and go to these funerals.”

Panettiere became a leading figure and unofficial spokesperson for post-partum depression shortly after giving birth to her daughter. Ten months following the birth of her daughter, Kaya, she publicly sought treatment for her illness. When explaining the reasoning behind her openness on this issue, she said, “I was always so terrified that people weren’t going to accept me.

This former Disney actress has been fighting mental illness since early childhood. She stated in an interview that at the age of 7 she had suicidal thoughts, and as a teenager she experienced eating disorders, self-harm, and drug abuse. Now diagnosed with bipolar disorder, Lovato has become a vocal advocate for mental health treatment.

Lovato has undergone a fair amount of treatment and rehabilitation, herself, and has since became the leader of Be Vocal: Speak Up for Mental Health. Be Vocal is an initiative that encourages people in the United States to use their voices to support mental health.

One of the brightest and most positive hosts in show business has his fair share of mental health issues, as well. The comedian is often very vocal about his debilitating depression, however.

In an interview, Brady spoke openly about these issues, “People are like, ‘Wayne Brady’s always happy!’ No I’m not, because I’m human.” The actor went on to say, “You don’t want to move, you can’t move in the darkness,” he explained. “You’re like, ‘I am just going to sit right here and I want to wallow in this. As much as it hurts, I am going to sit right here because this is what I deserve. This is what I deserve, so I am going to sit here because I am that horrible of a person.'”

You don’t always need someone with a mental illness to advocate for more awareness. The award-winning actress has taken a stand to end the stigma surrounding mental illness.

When her sister, Jessie Close, was diagnosed with bipolar disorder and her nephew, Calen Pick, with schizoaffective disorder, Close used her platform to promote conversation about mental health. She also helped start the nonprofit organization, Bring Change 2 Mind, or BC2M. 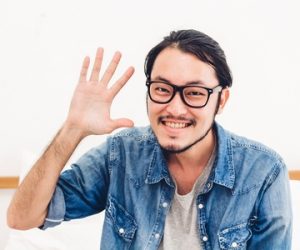 Hi, I am Matt Takasaki, a multilingual writer, a professional translator, and an occasional interpreter. Born in Japan and raised in Canada, I am fluent in five different languages, including Japanese, English, French, Spanish, and German.

As a secondary side job, I take on freelance translation projects online. Please contact me if you are interested in having a document, manuscript, or any piece of text translated into the language of your choice.

Word of the Day